Considered as one of the outstanding trial lawyers in areas of personal injury/wrongful death, consumer fraud, mass torts and commercial torts, Frank has won millions of dollars for victims of injustice.

His skill as a trial lawyer has earned him recognition among his peers who have elected him as a member of the prestigious American College of Trial Lawyers, American Board of Trial Advocates (Advocate), International Academy of Trial Lawyers, International Society of Barristers, and the National Board of Trial Advocacy. In 2018, he was honored by Consumer Watchdog with its Lifetime Achievement Award for his successful advocacy on behalf of consumers over more than three decades.

Since January 2018, he has served as Co-Lead Counsel on behalf of the victims of the North Bay Wild Fires to prosecute claims against PG&E for its mismanagement of electrical operations leading to 43 deaths, 100,000 people displaced, over 245,000 acres burned and more than 14,700 homes and structures destroyed. In Re: California North Bay Fire Cases, JCCP Action No. 4955. Concurrently, he served as a member of the Plaintiffs' Executive Committee in statewide mass tort actions prosecuted against PG&E arising out of the Butte Wildfire. In Re: Butte Fire Cases, JCCP Action No. 4853.

Previous to that, he acted as Co-Lead Counsel, and secured one of the top 10 largest Shareholder Derivative Settlements in U.S. history against Officers and Directors of PG&E arising out of the San Bruno Fire & Explosion. Salman, et al. v. Darbee, et al., JCCP Action No. 4648.

He was selected by Federal District Court Judge Charles R. Breyer as one of twenty lawyers, among 150 attorney applicants nationwide, to serve as a member of the Plaintiffs' Steering Committee to prosecute claims on behalf of a nationwide class of consumers against Volkswagen, Porsche and Audi over their diesel emissions scandal. The cases were pending in the Northern District of California in MDL 2672: In Re Volkswagen "Clean Diesel" Marketing, Sales Practices, and Products Liability Litigation.

Frank presently serves as one of ten members of the Plaintiffs' Executive Committee selected by Federal District Court Judge Jesse Furman to lead litigation pending in the Southern District of New York on behalf of a nationwide class of consumers against General Motors for safety related defects in over 27 million vehicles. The cases are currently pending in MDL 2543: In Re General Motors Ignition Switch Litigation.

At present, Frank serves as a member of the Plaintiffs' Executive Committee in the prosecution of cases against Boeing arising from the Ethiopian Airlines crash of a 737 Max 8 in Addis Ababa on March 10, 2019, which killed 149 passengers and 8 crew members. 19-cv-02170: In Re Ethiopian Airlines Flight ET 302 Crash. He also serves as a member of the Plaintiffs' Steering Committee in claims on behalf of numerous victims who lost their homes and loved ones in the Thomas/Woolsey Wildfires in Southern California. JCCP Action No. 4965: In Re Southern California Fire Cases. In addition, he serves as a member of The Steering Committee in the prosecution of over 1,400 clients against So. Cal Gas arising out of the Porter Ranch gas storage facility failure. In Re: Southern California Gas Leak Cases, JCCP Action No. 4861.

In November 2013, Frank was honored by the Consumer Attorneys of California as Consumer Attorney of the Year for his efforts in coordinating, prosecuting and resolving over 200 claims of injury, death and property destruction against PG&E.  See link to In Re: San Bruno Fire Cases: JCCP Action No. 4648

In 2011, Frank recovered the largest individual wrongful death verdict in San Diego County history, when a jury awarded $17.4 million to the wife and three children of a high ranking U.S. Naval Officer who was killed while riding his bike in a collision with an American Medical Response transport van. Mazurek, et al. v. American Medical Response, et al., San Diego Superior Court Action No. 10-83975 May 20, 2011. As a result, he was named a finalist for the 2011 Trial Lawyer of the Year by the Consumer Attorneys of California.

In 2009, Frank was recognized by the National Law Journal’s “Plaintiff’s Hot List” for his work as co-lead trial counsel in the In Re: Bextra and Celebrex Mktg., Sales Practices & Product Liability Litigation (MDL 1699), which culminated in Pfizer agreeing to pay $894 million to settle consolidated injury and class action cases related to its painkillers Bextra & Celebrex.

In 2006, Frank obtained one of the largest verdicts in Sutter County history when he obtained over $45 million on behalf on an elderly minority shareholder who had been frozen out of participation in a lucrative family timber harvesting business. Siller v. Siller, Sutter County Superior Court Action No. CVCS01-1083.

Frank is a past president of Consumer Attorneys of California (CAOC), the 3,000-member group of lawyers dedicated to protecting and seeking justice for consumers. He has also served as a past president of the San Francisco Chapter of ABOTA, and presently serves as Treasurer of Cal-ABOTA.

Frank’s numerous jury trials include a multi-million dollar wrongful death verdict in Orange County Superior Court in Santa Ana, California, against the State Department of Transportation, a highway contractor, and a trucking company. The verdict, one of the then-largest of its kind for Orange County, was affirmed on appeal, and as a result Frank was a finalist for CAOC’s Trial Lawyer of the Year award (2004).

Frank served as co-lead trial counsel for Consumers Union, obtaining a defense verdict in favor of Consumers Union in a product disparagement case where the plaintiff, Isuzu Motors of Japan, sought damages of multi- million dollars. His work in defense of Consumers Union earned him recognition as a finalist for the 2000 Trial Lawyer of the Year Award.

Frank won a multi-million dollar verdict for the victims of a high profile San Francisco balcony collapse. He also secured a significant verdict for compensatory and punitive damages before a San Francisco jury which found the defendant to have wrongfully deprived the plaintiff of her partnership interest in a successful business. In addition, he served as co-lead trial counsel with Joseph W. Cotchett for E. & J. Gallo, winning a landmark trade dress infringement case for the winery.

Frank has served on the faculty of the Hastings College of Advocacy and the University of San Francisco Trial Advocacy Program. He also has served as the Co-Chair and presenter at several Masters In Trial programs sponsored by the ABOTA Foundation. 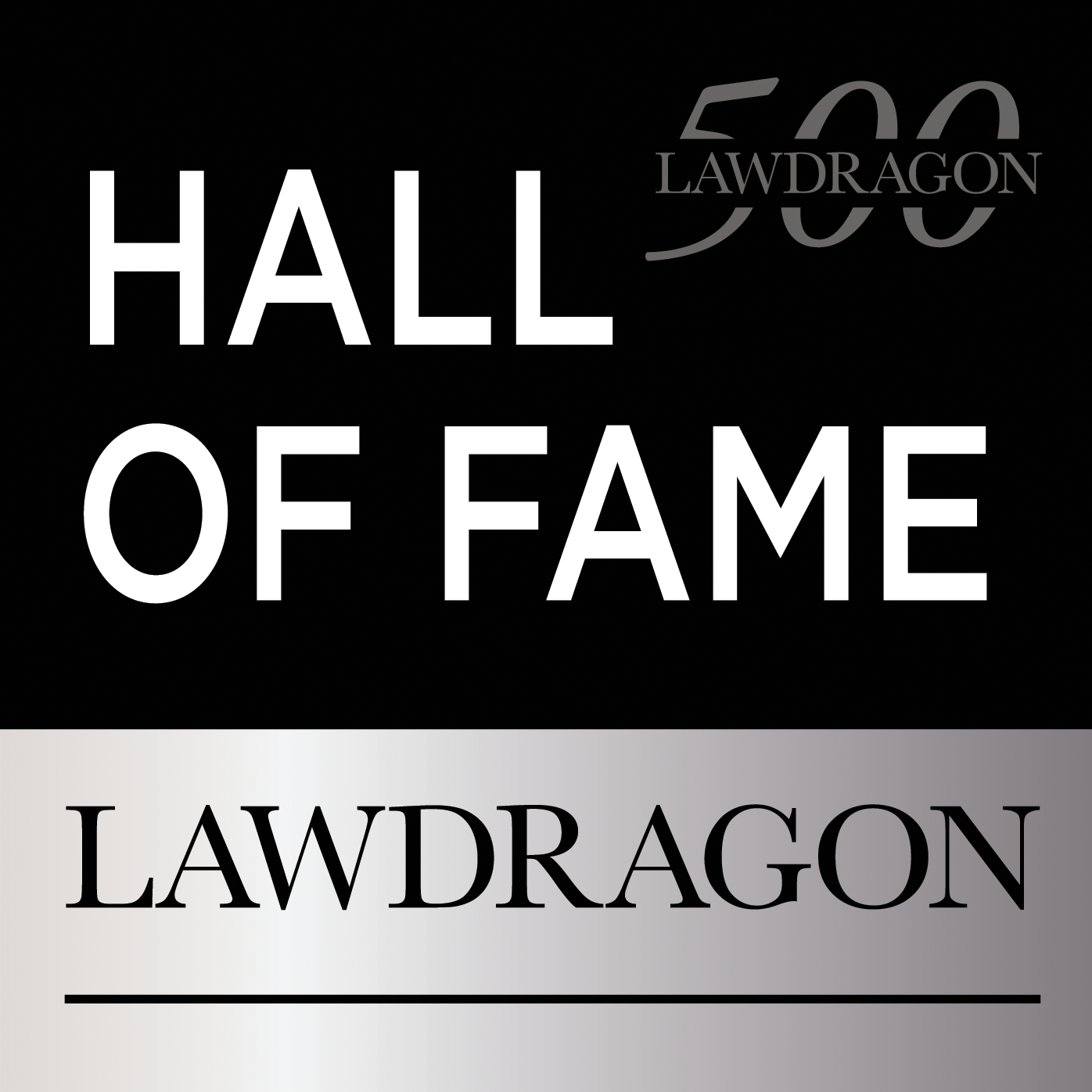 Honored by the San Mateo County Trial Lawyers Association as Trial Lawyer of the Year, 2006

Ranked among the top 500 litigators in America by Lawdragon Magazine

Recipient of Edward I. Pollock Award for his dedicated efforts on behalf of consumers (2010)

National Board of Trial Advocacy, Member

Association of Business Trial Lawyers, Member, Board of Directors 1996 to 2000

San Mateo County Trial Lawyers, Member, Board of Directors 1996 to 2001

University of San Francisco, School of Law, Board of Directors