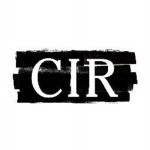 This is the same scheme described in a May 2012 qui tam action filed by CPM, alleging violations of the California False Claims and Insurance Fraud Prevention acts. CPM attorneys Niall McCarthy and Justin Berger are handling the suit, which is now pending in Los Angeles County Superior Court. In addition to Roger Williams, his wife, Mary Williams, and their company, Spinal Solutions, the suit names Southern California hospitals, hospital executives, spinal-fusion surgeons, and medical equipment manufacturers and distributors as defendants for their contributions to the sprawling scheme to defraud the State of California and its residents. CPM’s clients in the case are two whistleblowers: a former employee of one of the medical-device defendants, and a former employee of two California workers compensation carriers. (As with all qui tam suits brought under federal or state False Claims statutes, cases brought by plaintiffs, or “relators,” under the California False Claims Act are filed for the benefit of the relator and the state government, with recoveries divided between the relator and the State.)

Cotchett, Pitre & McCarthy has also filed multiple lawsuits on behalf of individuals for whom the impact of this fraud is more intimate: patients who are living with these counterfeit, non-FDA-approved spinal fixation implants in their bodies. For example, CPM attorneys Frank Pitre, Alexandra Hamilton, Robert Hutchinson and Joanna LiCalsi filed a case in Los Angeles County Superior Court in July on behalf of a Southern California resident who underwent two surgeries in which doctors apparently affixed counterfeit screws along her spine; these unregulated and potentially harmful devices remain in the plaintiff’s body, as removal would create too great a risk of additional injury or death.