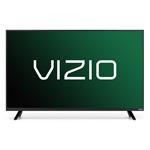 The Order cites Vizio’s claims made to its investors regarding its invasive data collection program and its ability to collect and track data. "Plaintiffs have thus plausibly alleged that Vizio's provision of -- to quote its own prospectus -- 'highly specific viewing behavior data on a massive scale with great accuracy' amounts to the disclosure of personally identifiable information." March 2, 2017 Order at p. 24.