Last week the U.S. House of Representatives passed the Fairness in Class Action Litigation Act (“FCALA”) by a vote of 220 to 201.[1]  While one of the bill’s authors gives lip-service to “keep[ing] the door of justice open for the American consumer,” the bill’s actual text contains numerous provisions that would increase litigation costs and delay the resolution of claims.[2]  For example, Section 1721 imposes a stay of discovery “during the pendency of any motion to transfer, motion to dismiss, motion to strike class allegations, or other motion to dispose of the class allegations.”  Discovery is often necessary at the pleadings stage because conspiracies, such as those alleged in price-fixing cases, are self-concealing, and defendants often destroy evidence of their wrongdoing.  Those same defendants will then argue that plaintiffs bring baseless claims.  Similarly, Section 1718(b) creates a difficult, if not impossible, administrative burden by requiring all settlement funds be distributed prior to “determin[ing]” attorneys’ fees, while simultaneously requiring that attorneys’ fees be based on “a reasonable percentage of any payments directly distributed to and received by class members.”  These provisions make the calculation of this percentage impossible, because they require a complete distribution prior to the determination of any fees.

Last week, the U.S. House of Representatives passed the Fairness in Class Action Litigation Act of 2017, H.R. 985 (The “Act”); the Senate referred the Act to its Judiciary Committee. The Act would “would crown a decades-long campaign” by the U.S. Chamber of Commerce to slam the courthouse doors shut on millions of Americans. The Chamber, and its allies in Congress, aim to achieve this through an amendment to the Federal Rules of Civil Procedure which could make it impossible in class actions for a damages class to be certified unless each class member suffered exactly the same amount of harm.  This provision, and the Act in general, would inure to the benefit of corporate wrongdoers at the expense of the American public; if passed, the Act would essentially immunize from civil lawsuits thefts committed on a national scale. 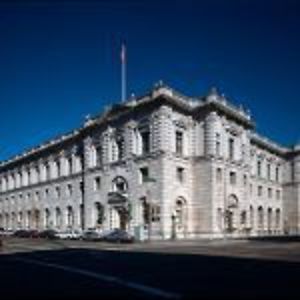 The Ninth Circuit decided today that a named plaintiff in a representative action can still pursue class certification even if his individual claims are satisfied through a defendant’s “pick off” tactics and that a case cannot be deemed moot until the plaintiff is afforded a fair opportunity to show that class certification is warranted.