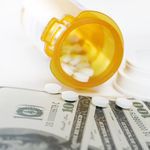 The recent Seventh Circuit decision by Judge Chief Judge Wood in United States of America ex rel. Garbe v. Kmart Corp. (available here), analyzed the meaning of this requirement in the context of Medicare’s statutory directive to purchase prescriptions in a cost effective manner, holding a lower cash price constitutes the usual and customary charge even when a cash purchaser uses a discount card or is a “member” of a discount program.

In a whistleblower complaint filed under the false claims act in 2008, a Kmart pharmacist alleged Kmart routinely charged customers with insurance more than customers who paid out of pocket. See Slip Op. at 1-2. According to the lawsuit, beginning in 2004, Kmart decided, in an effort maximize revenues from third party payers, including Medicare Part D, it needed to keep its “usual and customary” price above those payers’ reimbursement rates. Slip Op. at 4-5.

Kmart accomplished this by offering low, discounted prices to cash customers as long as they signed up for a discount program, while charging higher prices to insured customers. Slip Op. at 2. Kmart did not include its “discount program” prices in reporting its usual and customary price to Medicare Part D payers, instead claiming the higher prices billed to third party payers were Kmart’s “usual and customary” charges. Slip Op. at 2, 6-7.

By using the higher prices as “usual and customary” ones, Kmart artificially inflated the amount charged to government payers. Slip Op. at 2.

Regulations related to ‘usual and customary’ price should be read to ensure that where the pharmacy regularly offers a price to its cash purchasers of a particular drug, Medicare Part D receives the benefit of that deal.

Because Kmart offered the terms of its “discount program” to the general public and made those prices widely and consistently available, the “discount” prices are the true representation of the “usual and customary” price for prescription drugs, not the higher amounts billed to third party payers. Slip Op. at 19-22.

The Seventh Circuit’s ruling is a step toward ensuring that, as one of the largest purchasers of medical services, government payers should receive the benefits, discounts and prices provided to other customers. Enforcement of this principal is an effective tool to combat fraud, provide transparency about the cost of medical services, and ultimately reduce the cost of care.