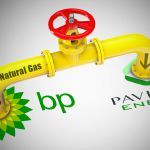 The Order (which can be found here), overruled BP’s attacks on the Attorney General’s Complaint, finding that it contains sufficient details of the fraudulent scheme. In a prior Order issued June 10, 2015 (which can be found here), the Court ruled that CPM’s client has the right to pursue the whistleblower claims alongside the California Attorney General, and that his individual wrongful termination claims can proceed in California, rather than Texas. Niall P. McCarthy, and Justin T. Berger are handling the case for CPM.