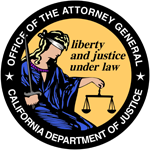 The case was filed in 2012 by Cotchett, Pitre & McCarthy, LLP on behalf of a former employee of BP under the California False Claims Act. As alleged in the lawsuit, BP is the exclusive supplier of natural gas to the State of California’s Natural Gas Services (“NGS”) program, through which California governmental entities buy hundreds of millions of dollars’ worth of natural gas every year. BP’s contracts with California contain explicit caps on the amount that BP can charge California for natural gas. In violation of those contractual caps, BP has routinely charged California many times the amount that non-governmental customers were charged.

A copy of the First Amended Complaint in the case can be found here. The case is being handled for CPM by Niall P. McCarthy and Justin T. Berger.