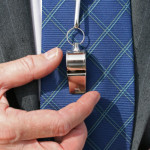 The lawsuit alleged that VMware and Carahsoft defrauded the government by furnishing the federal General Services Administration (“GSA”) with inaccurate pricing, inaccurate disclosures, and incomplete information about sales of VMware products to non-governmental customers. As a result, the lawsuit alleged that the government paid higher prices on VMware products and services than comparable private customers.

The $75.5 million settlement was reached after nearly five years of investigation by the Department of Justice, GSA’s Office of Inspector General, and Smith and his attorneys. The settlement was negotiated jointly by attorneys from the United States Department of Justice and Cotchett, Pitre & McCarthy, LLP, while the case remained under seal. The False Claims Act was designed to foster private-public partnerships of this type.

The Third Amended Complaint in the case can be found here.

The settlement agreement can be found here.

A press release regarding the case can be found here.