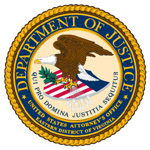 The lawsuit alleged that HDL and Singulex sought to illegally induce the referral of Medicare business by paying kickbacks to doctors in the form of inflated “packaging” fees for drawing blood specimens and packaging them for shipping.

CPM’s client, whistleblower Chris Riedel, is the owner of Hunter Heart laboratories, and uncovered the scheme when he encountered difficultly getting business from doctors who were being paid “packaging” fees by HDL and Singulex.

Niall P. McCarthy of Cotchett, Pitre & McCarthy, LLP stated, “Chris Riedel has repeatedly put his livelihood and reputation on the line to return money to taxpayers, and clean up the laboratory industry.  In this era of exploding healthcare costs, whistleblowers like Chris are desperately needed.”

The settlement came after more than three years of investigation by the United States Department of Justice.  Mr. Riedel and the other whistleblowers will receive between 15% and 25% of the $48.5 million settlement, as a reward for bringing the scheme to light.

The Department of Justice also announced that it is intervening in the lawsuit with respect to several other Defendants, including BlueWave Healthcare Consultants Inc., which is named in CPM’s lawsuit.