Others inducted into the Hall of Fame in 2011 were Fred Gray, Elaine Jones and Sheldon Schlesinger. Gray was acknowledged for representing Rosa Parks and Martin Luther King and remains a strong advocate for eliminating racial discrimination in the South. Jones was acknowledged for leading the NAACP Legal Defense and Educational fund, being the first black woman to defend death row inmates and has contributed a lifetime of pro bono work. Schlesinger was acknowledged for extraordinary jury verdicts for victims along with dedicating his work and money to civic and charitable causes in Florida. He was one of the attorneys representing the State of Florida in the Tobacco litigation. 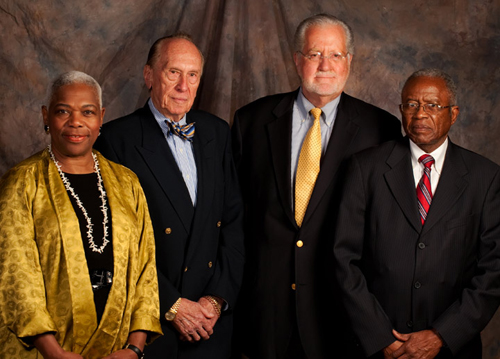