In 2001, The University of California Hastings College of Law dedicated the Cotchett Center for Advocacy in honor of Joseph W. Cotchett as one of its outstanding graduates. Chief Justice Ronald M. George of the California Supreme Court and Associate Justice Anthony Kennedy of the U.S. Supreme Court were among the speakers at the Founder's Day opening of the center. Cotchett previously has served as a member of the Hastings Board of Directors and is a frequent lecturer at the college. 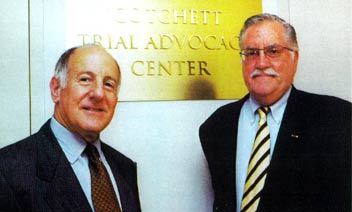