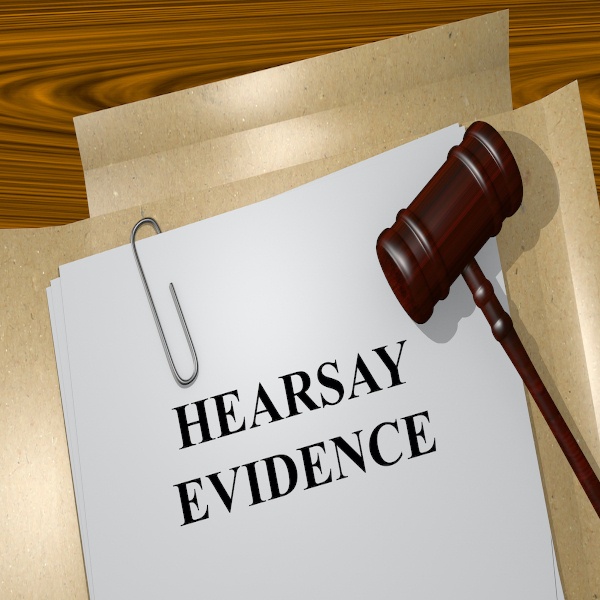 Since our Supreme Court decided People v. Sanchez (2016) 63 Cal.4th 665, lawyers and judges have struggled to understand its implications. I recently opposed a motion in limine titled “Defendant’s Motion to Preclude Expert Opinions Based on Hearsay (People v. Sanchez).” The caption alone showed that opposing counsel had not overcome that struggle.

The defense motion was wrong because expert witnesses can always rely on hearsay. Sanchez did not change that. Rather, Sanchez put limits on the types of hearsay that the expert may tell the jury about (i.e., relate to the jury). The Sanchez analysis turns on whether the hearsay at issue is “background information” or a “case-specific fact.” If the hearsay is background information, then it’s coming in. If the hearsay is a case-specific fact, then like any other hearsay evidence, it must be admitted through an applicable hearsay exception or otherwise appropriate witness.

Background information comes in as a matter of practicality. Experts are qualified if they have “special knowledge, skill, experience, training, or education” on a particular subject. (Evid. Code § 720.) Experts frequently acquire their knowledge, training, and education from conversations with others, lectures, and reading books on a particular subject—sources of information that are hearsay. Although technically hearsay, this background information is not traditionally subject to exclusion on hearsay grounds, and Sanchez did not change its admissibility. (Sanchez at 676.)

What Sanchez did change was the admissibility of case-specific hearsay. If a piece of evidence is a case-specific fact, the expert cannot tell the jury about it unless it is independently proven by competent evidence or covered by a hearsay exception. (Sanchez at 686.)

Thus, the Sanchez analysis begins with classifying the disputed evidence as background information or a case-specific fact. The Court defined case-specific facts as those “relating to the particular events and participants alleged to have been involved in the case being tried.” (Sanchez at 676.) While their definition may be gray, the Court provided four examples to give it some color.

An expert can always testify about column B facts whether hearsay or not. Sanchez problems live in Column A. While an expert may rely on the facts in Column A, the expert cannot testify about those facts unless they are admitted through an applicable hearsay exception or otherwise appropriate witness. If the Column A facts are not admissible, then the expert is precluded by law from using such matter as the basis of his opinion. (See Evid. Code § 801(b).)

Pre-Sanchez case law was the wild west for experts—they could testify about facts in both columns. If the case-specific facts were hearsay, then the judge would give a limiting instruction. The instruction would tell the jury that those facts were not being offered for their truth, they were offered to explain the basis of the expert’s opinion. The Sanchez court rejected this not-for-the-truth paradigm. If the Column A facts aren’t true, then the expert’s opinion has no value. Case-specific facts must be offered for their truth, and if they are out-of-court statements, Sanchez requires that they be admitted through competent evidence.

A trial attorney must not wait until trial to address Sanchez issues. During depositions, you should be keeping track of the case-specific facts upon which the expert bases his or her opinion. Make sure that those facts are admissible at trial, and you won’t have to worry about even a good motion to exclude on Sanchez grounds.

Donald J. Magilligan is a senior associate with Cotchett, Pitre & McCarthy. He has tried 48 jury trials during his career with CPM and the District Attorney’s Offices in Santa Clara County and Contra Costa County.