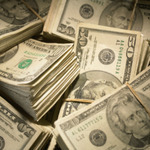 In addition to treble damages, the federal False Claims Act requires defendants to pay a statutory penalty for every false claim they submit. Statutory penalties under the False Claims Act are mandatory, even for claims that are not paid, or where there is otherwise no damage to the government. See U.S. ex rel. Grubbs v. Kanneganti, 565 F.3d 180, 189 (5th Cir. 2009) (“Put plainly, the statute is remedial and exposes even unsuccessful false claims to liability.  A person that presented fraudulent claims that were never paid remains liable for the Act’s civil penalty.”); United States v. Killough, 848 F.2d 1523, 1533 (11th Cir. 1988).

It is the role of the jury to determine the number of false claims that a defendant submitted, and the role of the Court to assess the per-claim amount of statutory penalties. The Court is bound, however, in doing so by the ranges established by Congress.

In many false claims act cases, especially those in the healthcare arena, the defendant has submitted thousands, or tens of thousands of false claims. Accordingly, the statutory penalty amount can get very big, very quick.