How to Make the Most from a Personal Injury Lawsuit
December 26, 2021

When you (or a family member) are harmed via an accident or injury, and someone else might be legally responsible, personal injury law lets you seek justice and get compensation. Although varied situations can raise a valid personal injury claim, suffering an injury doesn't automatically result in legal liability. 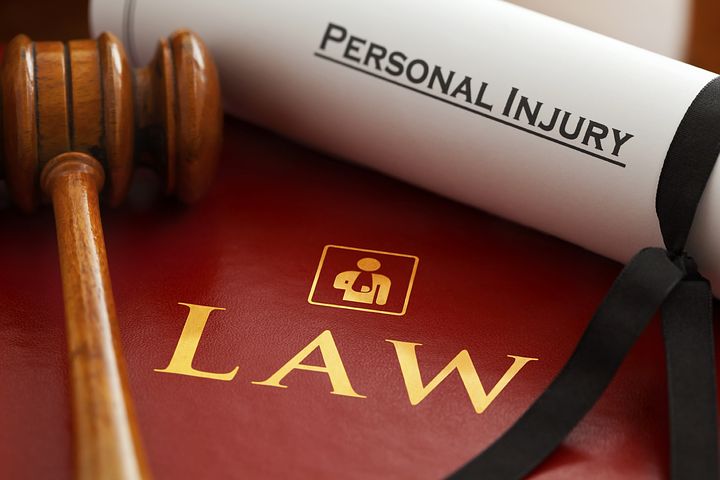 There are two likely outcomes of a dispute: formal lawsuit–where a private individual (the "plaintiff") files a civil complaint against another person, business, or government agency (the "defendant"); informal settlement–which resolves most disputes among those personally involved, their insurers, and attorneys representing either side. A settlement commonly takes the form of negotiation, followed by a written agreement to forgo further action, resolving the matter through payment of an agreeable amount of money.

Plaintiffs have a limited time in which to file a lawsuit, called a statute of limitations, which usually begins when the plaintiff is injured or discovers the injury. Statutes of limitations are established by state law, can vary from state to state, and often vary by type of injury.

What Constitutes a Personal Injury Case?

Car accidents spur the most personal injury cases. A careless driver can usually be held financially responsible for injuries stemming from a car accident. Exceptions exist in a dozen or so "no fault" states, where drivers must collect from their own insurers except in cases of "serious" injury.

Slip and fall claims constitute another common type of case. Property owners (or, in some cases, property renters) have a duty to keep their premises reasonably safe, so that people on the property do not get injured. Not all injuries occurring on the property will lead to liability. A landowner's legal duty varies situationally and depending on state law.

Medical malpractice claims can arise when a health care professional provides treatment below the requisite standard of care, and a patient is thereby injured. Getting a bad treatment result doesn't necessarily mean malpractice occurred.

Dog bite responsibilities vary by state; in most cases, dog owners are responsible for bites and other injuries caused by their dog. In some states, strict liability rules exist–the dog owner is liable for dog bite damages even if the dog has never shown any aggression or biting propensity. In other states, "one bite" rules exist–the owners become liable only once there is a reason for them to know their dog is aggressive or prone to biting.

Intentional torts, unlike most other types of personal injury claims, are based not on accidents, but when one person purposely harms or injures another. The victim can file a personal injury lawsuit in civil court and demand compensation for injuries resulting from the attack. Additionally, these cases can involve the added aspect of a criminal case against the perpetrator.

How Much Money Can You Get from Filing a Personal Injury Case?

“Damages" is legalese for money paid to compensate for losses stemming from an injury or illness, or to punish the defendant for wrongdoing. Damages are paid by the person or company deemed legally responsible for the accident (the defendant or their insurance company). Damages can be ordered by a judge or jury after a verdict in favor of the plaintiff, or received after a negotiated settlement.

The range of possible settlement values varies, and depends on case-specific factors including property damage, medical bills, lost wages, and more. If you have a wide variety of damages, it's important to track them. The total settlement value includes economic damages, pain and suffering, and punitive damages. An average personal injury settlement ranges from $3,000 to $75,000. Outliers usually involve unique circumstances with punitive or other extraordinary damages. What the responsible party can pay also factors into a settlement; even if the other side is 100 percent responsible and there is a high amount of damages, collecting a judgment can weigh into the average settlement amount.

There are two categories of compensatory damages: for economic losses and for non-economic losses. Economic losses, sometimes called "special damages" or "monetary losses," refer to injury/illness-related money or property that the plaintiff lost or missed out on.

Non-economic losses, sometimes called "general damages" or "non-monetary losses," compensate for hard-to-quantify aspects of an injury/illness, such as physical or emotional suffering.

Most states have a cap on punitive damage awards. California sets a $250,000 limit on non-economic damages in medical malpractice cases. California has no limit on economic damages, including compensation for past and future medical care, loss of past earnings, and diminished future earning capacity. Many states reduce the damages the doctor in a medical malpractice case must pay by the amount the injured patient received from other sources like insurance. Many states also limit the amount the patient's attorney can charge for a malpractice case.

All states have laws determining recoverable damages if the medical malpractice results in the patient's death. These are called survival statutes and wrongful death statutes.

Survival statutes allow the deceased patient's heirs or estate to recover damages occurring from the initial medical malpractice to the death of the patient. These damages generally include everything allowed in a malpractice suit had the patient survived, except for damages relating to the future, like earning capacity.

Wrongful death statutes compensate the patient's family for their future monetary loss. The calculation is more thorough than a simple projection of future salary–it considers factors like the patient's spending, saving, and working habits. Compensation for the family's loss of companionship or emotional harm is typically not allowed under the wrongful death statutes, although recently some states have allowed such recovery. Depending on the state, not all family members can recover. For example, a state may allow the patient's spouse and children to recover damages, but not the patient's parents (at least in the case of an adult patient).

How Do You Make the Most of Your Personal Injury Claim?

There are a few ways to maximize your potential compensation for a personal injury claim.

Don’t Be Too Eager

Explain Why the Offer Is Inadequate

Be Mindful of Future Damages

File Your Case Sooner Rather Than Later

Defendants Try a Few Methods to Prevent Your Claim

If you've filed a lawsuit but are partially to blame for your injuries, any compensation will likely be affected. A plaintiff's actions (or inaction) can affect a damages award. In some cases, an injured person's role in causing an accident—or their inaction after being injured—can diminish the amount of available damages.

Comparative Negligence. If you're even partially at fault for the injury-causing accident, a damage award will usually reflect that; most states have a "comparative negligence" standard linking damages to degree of fault. For example, in a car accident where you're found to be 25% at fault, while the other driver is deemed 75% at fault (via a police report or stipulation via an insurance company investigation), any compensation will likely be reduced by 25%. The vast majority of states follow comparative negligence principles regarding damage awards in personal injury cases. These states also typically fall into one of two groups: "pure comparative negligence" systems and "modified comparative negligence" systems. In the "pure" system, an injured plaintiff can recover damages regardless of their share of fault (meaning a plaintiff who is 90 percent liable can still technically recover 10 percent of their damages from other at-fault parties), while in a "modified" comparative negligence system, an injured plaintiff can recover compensation only if they are no more than 50 percent at fault (or less than 50 percent at fault in some states).

Assumption of Risk. In some personal injury cases, a defendant will argue that the injured person "assumed the risk" of injury by willfully participating in a known dangerous activity. This defense is raised most often in lawsuits stemming from contact sports, paintball-style games, and spectator injuries (i.e. when a foul ball hits a baseball spectator). A successful "assumption of the risk" defense must have the harm suffered relate closely to the inherent risk. So if in a game of basketball at the local gym, you've likely assumed the risk of getting elbowed inadvertently–since that's a common basketball occurrence. A lawsuit over any resulting injuries probably wouldn't fly, because you assumed the risk of injury by playing. However, if you got injured when the backboard broke and fell on you, the defendant couldn't rightly argue that you assumed the risk of that occurrence, because a falling backboard isn't an inherent danger in the game.

After the accident: failure to mitigate damages. Most state laws expect plaintiffs to reasonably try to minimize or "mitigate" the financial impact of the accident’s harm. Failure to get necessary post-accident medical treatment (thus making injuries worse) might significantly reduce a damage award.

Cotchett Pitre and McCarthy has been one of the leading firms in California consistently handling catastrophic and serious personal injury cases. CPM attorneys have extensive experience and success in all aspects of personal injury litigation, including cases and trials involving aviation, pharmaceuticals, premises liability, product liability, motor vehicles, boats, bicycles, dangerous highways, pedestrians, railroads and wrongful death. Serious injury and wrongful death cases require attorneys not only with extensive experience, but also the financial resources to properly prepare the case for trial and see it through to verdict. For general information about CPM’s Personal Injury Litigation practice, see this link.