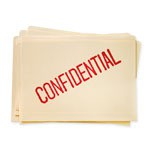 In Bartlett, the Court of Appeals reversed a decision by the Los Angeles County Superior Court which had dismissed a whistleblower’s false claims case on for violating the public disclosure bar because the defendant had included statements in public SEC filings which disclosed the conduct alleged in the complaint. The Court of Appeals found that dismissal based upon a defendant’s SEC filings was inappropriate and was based on an overly broad interpretation of the defense. (The public disclosure portion of the statute was amended, effective January 1, 2013, and while the Court was considering the prior language, the result should be the same under the current version.)

As the Bartlett Court explained: “to trigger the bar, the information must have been publicly disclosed in one of the specific fora identified in the statute.” Bartlett, 243 Cal.App.4th at 1407. The question before the Court was whether an SEC filing counted as one of those “specific fora,” described by the Court as follows: “(1) in a criminal, civil or administrative hearing; (2) in an investigation, report, hearing, or audit conducted by or at the request of the Senate, Assembly, auditor, or governing body of a political subdivision; or (3) by the news media.” Id. at 1408.

The request for dismissal argued both that the SEC filing qualified as a “report, hearing, audit, or investigation of the Legislature, the state, or governing body of a political subdivision” and as “news media.” The appellate court rejected both contentions. While the Court acknowledged there were several federal cases holding that SEC filings were “reports,” the same rule did not apply in California state proceedings because

the two Acts are designed to protect against similar but distinct harms. The federal False Claims Act was intended to assist the federal government in identifying and prosecuting fraud committed against it and its agencies; CFCA, as discussed, was designed to do the same thing as to fraud committed against the State and its political subdivisions. The rationale for limiting the types of public disclosures that invoke the statutes’ disclosure bars is thus readily apparent: Federal government officials will often have no reason to be aware of information that is disclosed in state and local proceedings. A person who brings that information to the federal Government may still be providing the Government information about which it is unaware and about which it is unlikely to learn. Likewise, state officials may be unaware of information disclosed solely to or by the federal government; and a relator with information about a state or local fraud, even if that misconduct has been publicly disclosed in a federal forum, may still be making a valuable contribution to state or local authorities that is properly rewarded under CFCA.

The Court also considered whether the SEC filings constituted “disclosures in the news media.” Bartlett, 243 Cal.App.4th at 1414-1415. The defendant had argued that the SEC filings were disclosures by the news media “because those filings are accessible on the SEC’s online public database.” The Court rejected this argument, explaining that “wherever that fuzzy line now is between news media and some other form of publicly accessible information, we have little difficulty concluding that disclosures in forms available only on the SEC's online public database are not disclosures by the news media no matter how broadly that term is interpreted.” Bartlett 243 Cal.App.4th at 1414.

The Court’s decision demonstrates the importance of having experienced counsel who are familiar with the California False Claims Act and differences between the state and federal false claims acts. It will also assist whistleblowers and their counsel in defending the taxpayers from fraud by allowing more suits to be decided on the merits of the claims, rather than whether the defendant obliquely discussed its conduct in an SEC filing.