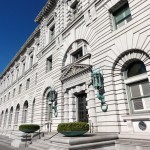 non-exhaustive factors that guide an Excessive Fines Clause analysis: (i) whether the defendant is in the class of persons at whom the statute was principally directed; (ii) how the imposed penalties compare to other penalties authorized by the legislature; and (iii) the harm caused by the defendant.

Among other things, the Eleventh Circuit highlighted that the defendant—a medical practice that submitted false claims to Medicare—is “in the class of defendants at whom the FCA is principally directed.” Id.; see also id. at 1315 (citing United States v. Mackby, 339 F.3d 1013, 1017 (9th Cir. 2003), for the proposition that “defendant, who submitted false reimbursement claims to Medicare, fell among the class of persons targeted by the FCA”).

Notably, the Eleventh Circuit rejected the defendant’s attempt to “diminish the gravity of its violation” as harmless billing errors. Id. at 1315. As explained by the Eleventh Circuit, the scienter and materiality elements of the FCA—found to be met by the jury—“foreclose[] that gambit.” Id.

As to the issue of harm, the Eleventh Circuit rejected the defendant’s attempt to “equate harm to the $755,54 in damages that the United States suffered.”  Id. at 1316.  The court explained:

But the harm caused by an FCA violation is not so narrow. Indeed, if Pinellas were correct, then the FCA would not require the imposition of statutory penalties even when the United States does not pay a false claim. See Killough, 848 F.2d at 1533. See also Bunk, 741 F.3d at 409 (imposing a penalty of $24 million even though the relator did not seek any damages). Nor would the FCA impose statutory penalties on mere conspiracy to submit a false claim. See § 3729(a)(1)(C).

Fraud harms the United States in ways untethered to the value of any ultimate payment. For instance, we have explained that when the United States is defrauded, “the government has been damaged to the extent that such corruption causes a diminution of the public’s confidence in the government.” Killough, 848 F.2d at 1532. Our sister circuits have reached similar conclusions. See, e.g., Mackby, 339 F.3d at 1019 (“Fraudulent claims make the administration of Medicare more difficult, and widespread fraud would undermine public confidence in the system.”); Bunk, 741 F.3d at 409 (noting that the prevalence of fraud “shakes the public's faith in the government's competence and may encourage others similarly situated to act in a like fashion”). Fraud imposes costs on the United States in the form of “the expense of the constant Treasury vigil [it] necessitate[s].” Id. at 409 (internal quotation marks omitted). See also Lani Anne Remick, Penalty Points, Part Three: Constitutional Defenses, 41 False Cl. Act and Qui Tam Q. Rev. 118, 131–32 (2006).

In the context of the FCA, we also consider the deterrent effect of a monetary award. See Mackby, 339 F.3d at 1019; Bunk, 741 F.3d at 409. In this case, the imposition of the lowest-possible monetary award—though, as the district court noted, “very harsh”—properly balances the need to deter potential fraudsters with the gravity of Pinellas’ conduct. This is all the more so when one considers that the size of the award is a direct reflection of Pinellas’ repeated and knowing submission of false claims to the United States. We agree with the Fourth Circuit that “[s]ubstantial penalties ... serve as a powerful mechanism to dissuade” repeated violations of the FCA. See Drakeford, 792 F.3d at 389.

As described in our prior post, because they are imposed for each false claim submitted, statutory penalties under the False Claims Act can be significant. As these cases show, however, as large as they may be, they generally will not violate the Eighth Amendment.