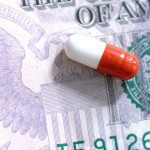 Unfortunately, lack of FDA regulation leaves the industry vulnerable to fraud, including “false claims” under state and federal law. A false claim is made, for example, when a pharmacist overcharges private health insurance or federal and state healthcare programs such as Medicaid, Medicare, or Tricare, the healthcare program for U.S. Armed Forces. Fraud of this type is typically discovered and reported by courageous whistleblowers.

Compounded drugs cost more because pharmacies bill for each ingredient separately. Some pharmacists even add ingredients to compounded medications to drive up the reimbursement price, regardless of medical necessity.

Compounded drug fraud is just one egregious example of widespread medical fraud costing the government billions of dollars each year. In response, the federal government has focused attention on combating health care fraud. Since 2007, the Medicare Fraud Strike Force has charged over 2,900 defendants who collectively billed over $8.9 billion in false claims.

The government could not have achieved this incredible victory in health care fraud without whistleblowers calling attention to fraud within their workplaces and institutions.

CPM has several cases pending against pharmacy chains for overcharging the government and private insurers. If you have information regarding compounded drug fraud, please contact CPM attorney Justin Berger.

The author wishes to acknowledge the research work of Megan Nash, a Healthcare Fraud Research Assistant at Cotchett, Pitre & McCarthy.