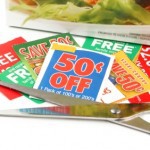 Evidence shows that more and more manufacturers are succumbing to pressure by discount retailers to inflate their listed retail price so that discount sellers can tout steep discounts to consumers.  As a result, a high end cooking pot may have a manufacturer’s recommended price of $399—but pretty much no one actually pays the list price.

The Code of Federal Regulations sums up the problem as follows:

§ 233.3 Advertising retail prices which have been established or suggested by manufacturers (or other nonretail distributors).

(a)   Many members of the purchasing public believe that a manufacturer's list price, or suggested retail price, is the price at which an article is generally sold. Therefore, if a reduction from this price is advertised, many people will believe that they are being offered a genuine bargain. To the extent that list or suggested retail prices do not in fact correspond to prices at which a substantial number of sales of the article in question are made, the advertisement of a reduction may mislead the consumer.

In 2014 on-line retailer Overstock.com was ordered to pay over $6.8 million after a California State Court found that the on-line giant used deceptive advertising that gave consumers the false illusion that they were getting a bigger bargain.

Cotchett, Pitre & McCarthy specializes in representing consumers in class action lawsuits against businesses and corporations. Class actions are lawsuits in which an individual, or a group of individuals, sues a business on behalf of all individuals who have similar claims against the business.

If you think you are the victim of deceptive advertising or other unfair business practices contact us at (650) 697-6000.