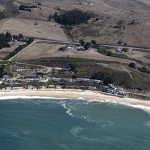 Surfrider argued, and Judge Mallach agreed, that the owner’s actions in attempting to close the beach to the public and block the public’s access constitute “development” under the Coastal Act’s plain language because they change the “intensity of use” of the beach as well as the “public’s access” to the water.  The owner appealed that decision raising a host of constitutional arguments about why they are not required to comply with the law.  Surfrider’s brief, available here, contends the constitutional and takings concerns raised by the owner are both unsupported by the law and premature because there has been no government act that qualifies as a taking due to the owner’s refusal to participate in the regulatory process and apply for a Coastal Development Permit.