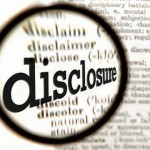 The court’s order failed to address the fact that Swoben was the person who tipped off the SCO and provided them with key information to spark its investigation. More specifically, in April 2007, Swoben met with California State Senator Alan Lowenthal, and provided Lowenthal with information relating to Medicare and Medi-Cal overpayments to Scan Health Plan. Lowenthal then referred the information to the SCO. The SCO promptly began its investigation and interviewed Swoben in April 9, 2008. On June 30, 2008, the SCO released a report of its findings. On July 13, 2009, Swoben filed a complaint, under seal, alleging that Scan Health Plan participated in a fraudulent scheme in violation of the FCA.

Based on the chronology of events, Swoben’s meeting with Lowenthal and the SCO effectively sparked the investigation into Scan Health Plan. Swoben was, in fact, the “original source” of the information, in the most basic meaning of the term. The fact that Swoben’s complaint and the SCO report stated the same allegations, should be inconsequential to the public disclosure bar. Thus, the Court should not have found that Swoben’s complaint was “based upon the SCO Report,” and barred Swoben’s recovery of a portion of the $322 million settlement.

This case serves as a cautionary tale for potential whistleblowers, to always be careful to know, preserve, and protect all of their rights before approaching the government.

This case is being closely followed in the healthcare industry, as shown in this article in Modern Healthcare, in which CPM attorney Justin T. Berger is quoted.