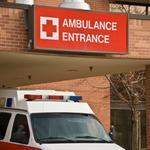 In United States ex rel. Vainer v. DaVita, Inc., No. 07-cv-02509 (N.D. Ga.), whistleblowers alleged that the defendants deliberately manipulated medicine dosages (by using larger-than-necessary vials or spreading dosages over multiple treatments) to receive higher Medicare payments. Although the Government declined to intervene, the case settled for approximately $450 million. The whistleblowers are expected to receive a percentage of the settlement amount.