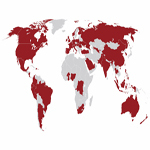 The Dodd-Frank whistleblower program’s pattern of growth is similarly consistent when broken down: SEC whistleblowers in fiscal year 2014 came from all 50 states, the District of Columbia, and Puerto Rico, as well as from 60 countries on every inhabited continent. Eight discrete categories of perceived securities violations received at least 100 tips in 2014, with six of those recording growth over last year. Additionally, the SEC delivered more whistleblower rewards—nine—than it had in all prior years combined, including one that, at $30 to $35 million, shattered the previous chart-topper. And the Commission successfully prosecuted its first anti-retaliation enforcement action against an employer for violating Dodd-Frank’s strong whistleblower protection provision by persecuting and marginalizing a worker who had reported apparent malfeasance.

Among places of origin, California generated 556 whistleblower tips in fiscal year 2014—far and away the most among states. (The second most-productive state, New York, produced 264.) This represents a 48 percent increase over 2013, when California-based whistleblowers registered 375 reports of perceived securities violations. Texas and Florida also generated more than 200 tips on the year; all other states yielded fewer than 100 reports apiece.

Further afield, foreign-based whistleblowers generated at least 11.5 percent of all tips for fiscal year 2014. (This number is likely higher, as 19.5 percent of all tips in 2014—including those reported anonymously through an attorney—did not provide the SEC with geographical information.) With 70 reports in 2014, the United Kingdom barely retained its position as the top foreign generator, as a threefold spike in tips from India brought its total on the year to 69. Canada held relatively steady, generating four fewer reports this year than last with 58, while mainland China experienced a marked drop in tips, falling from 52 to 32. The latter fact is somewhat puzzling, considering the scope of involvement by Dodd-Frank-covered companies in China, but the decrease may reflect (a) a collective ignorance in China of the incentives and protections of Dodd-Frank’s whistleblower program due to the government’s control of media and the internet; (b) the logistical challenges of communicating with SEC officials in this controlled environment; (c) fear of reprisal for cooperating with American officials; (d) a migration of China-based whistleblower tips to China’s own rapidly evolving whistleblower initiatives; or (e) a combination thereof.

As to the subject matter of Dodd-Frank tips in fiscal year 2014, three classes of complaints dominated: offering fraud, manipulation, and corporate disclosures and financials, each of which tallied more than 550 tips. (To be clear, the report lists “other” allegations as receiving the most tips—911—on the year, but this is a catch-all category comprising instances of apparent misconduct that do not fit neatly into any of the other categories.) While running a distant fourth, reports of insider trading grew markedly (to 256 in 2014 after totaling 196 and 190 in 2013 and 2012, respectively). Finally, the SEC reported that tips alleging Dodd-Frank-covered violations of the Foreign Corrupt Practices Act (“FCPA”) increased modestly for the third straight year, totaling 159 in 2014 after reaching 149 and 115 in 2013 and 2012, respectively. The increase of foreign-based whistleblower tips, along with the predictably corresponding growth in reported FCPA violations, will likely receive considerable attention by legal and policy analysts in the coming months, as the intersection of Dodd-Frank and the FCPA is central to the debate currently playing out in the courts over the extent of Dodd-Frank protections for people who report apparent violations while physically overseas.

Lastly, the SEC used last week’s report to affirm its commitment to discourage people from submitting frivolous whistleblower tips, announcing that it has taken the extraordinary step of banning an individual from the program after he or she submitted nearly 200 “vague, unsupported, and utterly incredible” tips “[o]ver the course of several years.” With this passage, the Commission seemingly addressed a well-worn point of protest among critics of Dodd-Frank’s whistleblower provisions, who claim that the OWB’s program threatens to produce costly and cumbersome investigations of companies built on baseless whistleblower tips. The SEC’s blacklisting of a serial abuser of the whistleblower program should serve to assuage such concerns to some extent.

We’ll have more on the SEC’s 2014 Annual Report to Congress on the Dodd-Frank Whistleblower Program in the weeks and months to come as we continue to follow and analyze developments in this space. In the meantime, observers should greet with encouragement this year’s conclusion of “growth as usual.”