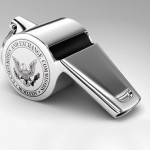 The Wall Street Journal provided useful color on that point yesterday, quoting a partner from Gibson Dunn, a large defense firm known for defending corporations accused of crimes and misconduct abroad, as observing “an explosion of Chinese whistleblowers.” This characterization conflicts with the fact that the SEC actually reported receiving significantly fewer whistleblower tips from China in fiscal year 2014 than in 2013. Discrepancies aside, it should not come as a surprise that China, long regarded as an extremely high-risk country for foreign investments due to its embedded culture of patronage, would generate an impressive body of Dodd-Frank whistleblower tips. (Dodd-Frank governs certain violations of the Foreign Corrupt Practices Act (“FCPA”), whose potentially immense penalties and broad coverage of conduct have inspired considerable hesitation and restraint among multinationals doing business in China.) Importantly, the Journal also noted that an emerging split among American federal courts has obscured the boundaries of Dodd-Frank’s anti-retaliation protections for foreign-based whistleblowers—an issue that CPM’s Matt Edling and Ben Fuchs analyzed at length for Law360 last month.

Meanwhile, the House of Representatives narrowly passed a $1.1 trillion spending bill on Thursday that included a provision to roll back a key component of Dodd-Frank: the “push-out” requirement that forced banks to move their trading of certain highly risky derivatives into units that could not insure their conduct with taxpayer-funded federal deposit insurance. Republicans celebrated the close vote as “the first cracks in the wall for Dodd-Frank.” A now-retired Barney Frank, incensed over Republicans’ support for a banking practice that only six years ago helped catalyze the greatest economic catastrophe in eight decades, slammed Congress’ undermining of his eponymous bill as “an absolute outrage.” Senator Elizabeth Warren characterized the passage as “a vote for future taxpayer bailouts of Wall Street,” while Maryland Congressman Chris Van Hollen cited both the Dodd-Frank rollback and a provision that would exponentially increase the individual limit on campaign payments to national political committees as “especially smelly,” noting that “[y]ou’ve got the quid and the quo in one bill.”

While the effect of the spending bill add-on is disturbing in its direct potential impact on both investors and taxpayers—repealing the Dodd-Frank push-out provision would yet again burden the American public with insuring private companies’ losses in the event that their risky derivatives swaps fail (a form of welfare if ever there were one)—the spending bill does not in its present iteration appear to endanger the whistleblower incentives and protections of Dodd-Frank’s Section 922. That said, the success of the spending bill as it stood should alarm whistleblowers and whistleblower advocates in that it suggests that the banks and their Beltway allies are, as Frank warned, already beginning to act on a “a road map for the stealth unwinding of financial reform.” More, and perhaps farther-reaching, attacks on Dodd-Frank cannot be far behind.