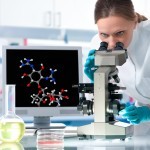 Last week’s Advisory Opinion (No. 15-04) addresses a medical laboratory that is out-of-network with certain major insurance carriers, and therefore would not receive any reimbursement from those carriers for performing laboratory tests on patients insured by those carriers. In such circumstances, a laboratory would normally be forced to bill the patient directly.  Laboratory tests can be expensive, however, and most patients would not be happy receiving a bill for hundreds—or thousands—of dollars from an out-of-network laboratory. Physicians know this, and obviously have an interest in keeping their patients happy. Accordingly, many physicians simply will not refer tests to laboratories that are out-of-network with major insurance carriers. This puts smaller laboratories—which do not have the same bargaining power to negotiate in-network agreements with large insurance carriers—at a distinct competitive disadvantage.

In an attempt to overcome this challenge, the laboratory at issue in the OIG Advisory Opinion proposed a program by which it would agree not to charge (at all) for tests on patients who are covered by the out-of-network carriers. In exchange, the physician or clinic would agree to refer all of its laboratory business to the laboratory. While the laboratory would lose money on the tests covered by the out-of-network carriers and provided for free, it would make up those lost profits from the other business referred by the physician (including Medicare and Medi-Cal business). This is a variation of an arrangement sometimes referred to as a “pull-through” scheme.

The OIG found that this arrangement “could potentially” violate the law, and result in “administrative sanctions” or “permissive exclusion” from the Medicare program. Specifically, the OIG opined that the proposed arrangement could give rise to (1) violations of the anti-kickback statute (“AKS”); and/or (2) the Medicare “substantially in excess” and “usual and customary” standards.

With respect to the anti-kickback statute, the OIG stated that arrangement could be found to provide illegal “remuneration” to physicians. “Remuneration” is defined in the anti-kickback statute (section 1128 of the Social Security Act) as “(including any kickback, bribe, or rebate) directly or indirectly, overtly or covertly, in cash or in kind.” The remuneration that could arise from the proposed arrangement, according to the OIG, is “reducing administrative and possible financial burdens [on physicians] associated with using multiple laboratories.”

More interestingly, the OIG also found that the proposed arrangement potentially violated laws that prohibit Medicare and Medicaid providers from charging the government “substantially in excess” of their “usual charges” to other payers. The OIG opined that because “a substantial number of patients [] would receive services for free, regardless of financial need,” the arrangement “would essentially result in a two-tiered pricing structure.”

The full text of OIG Advisory Opinion No. 15-04 can be found here. CPM has successfully investigated and prosecuted several whistleblower lawsuits against medical laboratories under the federal and California False Claims Acts for conduct similar to that describe in the OIG Advisory Opinion.