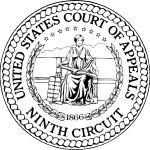 The underlying facts of the case are sufficiently scandalous to make for good reading: In 2006, the Malhotras filed for Chapter 11 bankruptcy. The trustee appointed by the bankruptcy court to administer the Malhotras’ bankruptcy estate, Robert Steinberg, turned out to be, in the Ninth Circuit’s words, “corrupt.” The Malhotras felt uneasy about Steinberg from their very first meeting, and began investigating him. The Malhotras ultimately uncovered a long pattern of suspicious property transactions facilitated by Steinberg in his role as trustee, in which Steinberg apparently “sold bankruptcy estate property at below-market prices to his associates, who then resold the property a short time later for a large profit.” The Malhotras reported their findings to the Office of the United States Trustee, which thanked the Malhotras for their work, and promptly did nothing.

In 2008, a former employee of Steinberg came forward with information that corroborated the Malhotras’ allegations. The Trustee’s Office finally took action, and noticed the deposition of one of Steinberg’s alleged co-conspirators, James Grace. The deposition was taken pursuant to the Federal Rules of Bankruptcy Procedure, and was noticed under the Malhotras’ bankruptcy case number. The Malhotras attended the deposition, in which Grace admitted that he paid kickbacks to Steinberg in exchange for Steinberg hiring Grace as a real estate agent to sell bankruptcy estate property.

Approximately a year after the Grace deposition, the Malhotras filed a case under the federal False Claims Act, 31 U.S. C. § 3730, alleging that Steinberg and others defrauded the federal government through two schemes: (1) paying kickbacks, as described by Grace in his deposition; and (2) facilitating “straw man” purchases in which Steinberg arranged the sale of bankruptcy estate property at below-market rates to his associates.

No court shall have jurisdiction over an action under this section based upon the public disclosure of allegations or transactions in a criminal, civil, or administrative hearing, in a congressional, administrative, or Government Accounting Office report, hearing, audit, or investigation, or from the news media, unless the action is brought by the Attorney General or the person bringing the action is an original source of the information.

The defendants argued that the deposition of James Grace was a public disclosure. The district court agreed and dismissed the case, and the Malhotras appealed.

The Ninth Circuit affirmed the district court ruling. In its discussion, the Ninth Circuit reiterated that in order for the public disclosure bar to apply, the defendant must establish that: “(1) the disclosure at issue occurred through one of the channels specified in the statute; (2) the disclosure was ‘public’; and (3) the relator's action is ‘based upon’ the allegations or transactions publicly disclosed. § 3730(e)(4)(A).”

The Malhotras constituted members of the public for purposes of the Grace deposition because they were “outsider[s] to the investigation.”  The Ninth Circuit explained that in Seal 1, there was “no occasion to define with precision the meaning of ‘outsider.’” Unfortunately, Malhotra provided the Ninth Circuit the “occasion” to define the term, but the court again failed to do so. It simply concluded that the Malhotras were outsiders because they were not employed by the defendants or by the Trustee’s Office or any other government agency. The opinion does little else to define the term, however, and leaves open several questions: What if the Malhotras had been asked by the Trustee’s Office to assist in the investigation? What if they had worn a wire for the agency? What if the Trustee’s Office had specifically and exclusively invited the Malhotras to the deposition? Surely such circumstances could have pushed the Malhotras towards “insider” status, and away from the public disclosure bar.

The 2010 amendments to the False Claims Act changed the public disclosure bar significantly, but the issue of defining “public” remains unchanged, so Malhotra will continue to be relevant.