Fraud in Government Procurement of IT and IT Services
June 25, 2015 By Justin T. Berger 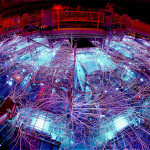 Through the MAS process, a commercial company provides the GSA with a Commercial Sales Practices chart (CSP) detailing its prices, sales volumes and discount programs offered to various types of customers. Based on the company’s CSP disclosures, the GSA will negotiate a price for government purchasers. The GSA negotiator will also determine a comparable class of customers to measure the government’s pricing against and require the company to periodically report changes in pricing that comparable customer class is receiving. This “Price Reduction Monitoring Clause” helps ensure the government continues to receive the best deal as it spends taxpayer dollars.

A company that fails to fully and accurately disclose its sales practices in the CSP or subsequent reporting under the Price Reduction Monitoring Clause can be held liable for violating the False Claims Act under a “fraudulent inducement theory.”  Under a fraudulent inducement theory, a whistleblower must allege with sufficient particularity that the defendant submitted claims for payment to the government under a contract which itself was obtained through fraud. A contract is procured through fraud when it is based on false or misleading statements that are “material” to the government’s decision to contract with the defendant.

In United States ex rel. Shemesh v. CA, Inc., 2015 U.S. Dist. LEXIS 41012 (Case No. 09-1600, D.D.C. March 31, 2015), Dani Shemesh was an employee of CA Israel, Ltd., a subsidiary of Silicon Valley-based CA, Inc., who brought suit against CA for violations of the False Claims Act. Shemesh’s claims were based on CA’s fraudulent inducement in the awarding of its 2001 MAS contract. Specifically, Shemesh alleged CA misrepresented its pricing and discounting practices for sales to the comparable customer class and CA inaccurately stated that it did not discount its maintenance fees. Shemesh alleged that the price list provided in the CSP was regularly discounted by 50% or more and that these heavily discounted prices formed the basis of the corresponding maintenance fees. CA moved to dismiss Shemesh’s claims on the grounds that Shemesh failed to establish CA knowingly presented a false claim that was material to the government’s MAS contract.

Presuming the allegations in the complaint as true for purposes of the motion to dismiss, the Court pointed to Shemesh’s various allegations and supporting evidence that CA did not provide the GSA with accurate discount information during the MAS negotiations and subsequent contract period. For example, during the contract period when CA was obligated to update its CSP disclosures pursuant to the Price Reduction Monitoring Clause, CA failed to notify the government of the increase in its average discount rate to non-governmental customers. Shemesh’s evidence of a BPA with the Department of Agriculture that was negotiated based on the MAS pricing was further evidence that the government relied on the MAS pricing to enter into additional contracts. Additionally, several examples where CA discounted maintenance fees as a percentage of the actual price paid on heavily discounted software allowed for a reasonable inference the government was misled by CA’s CSP.

The Court further explained that whether a complaint adequately alleges the knowledge element of a fraud claim is determined on a case-by-case basis, considering the complexity and extensiveness of the fraud scheme alleged. In that light, the Court determined Shemesh’s detailed information about the management approval structure for CA’s discounted pricing policies, in light of the continuous and entangled fraud scheme, was sufficient to withstand a motion to dismiss.

All of these fraudulent schemes, and others, can be brought to light by whistleblowers, like Shemesh, under the False Claims Act. CPM is currently prosecuting and investigating several technology companies for these schemes and others, on behalf of whistleblowers. If you are aware of any information about such practices, please contact us.

This entry was co-authored by Law Clerk Mallory Barr.