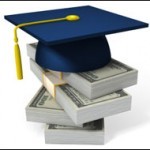 An educational institution that fails to meet these requirements can be held liable for violating the False Claims Act under a “false certification theory.” Under a “false certification theory,” in some circuits, a whistleblower must allege that: (1) a defendant agreed to comply with a law, rule, or regulation that is a implicated in making a claim for payment from the government (“certification”) and (2) the defendant submitted a false claim for payment (“false claim”) (3) even though the defendant knew it was not in compliance with the requisite law, rule, or regulation (“scientier”) and (4) the claims were “material” to the government’s payment.

In Uruquilla-Diaz v. Kaplan University, 780 F.3d 1039 (11th Cir. 2015), Carlos Uruquilla-Diaz was a professor of paralegal studies at Kaplan University who brought suit against Kaplan for violations of the False Claims Act.  Diaz’s claims centered on Kaplan falsely certifying its compliance with Title IV of the Higher Education Act and its resulting regulations when it signed a 2004 “Program Participation Agreement.” Specifically, Diaz alleged Kaplan (1) was paying incentive compensation to recruiters; (2) paying the tuition of certain students out of scholarship fund, “the Gift of Knowledge scholarship fund,” that was derived from Title IV funds, thereby violating the 90-10 rule; (3) inflating students grades in order to demonstrate sufficient academic progress; and (4) falsifying documents to maintain its accreditation.

The trial court dismissed Diaz’s claims for failing to state a claim under the False Claims Act. On appeal, however, Diaz’s dismissal was partially reversed regarding the enrollment-based compensation, and the appellate court clarified the requisite particularity and causal connections needed for Diaz’s other claims to survive.

Regarding incentive compensation for recruiters, Kaplan cleaved to the language of the statute specifying enrollment numbers not be the sole determination for pay. Diaz argued Kaplan’s other compensation policies, such as professionalism, mentorship and participation, were nothing more than window-dressing; that the real issue was in how Kaplan implemented its compensation policies, which Diaz argued demonstrated an actual focus on enrollment numbers. Diaz presented evidence of four employees whose pay had been increased for increasing enrollments and then decreased within the same year when enrollment numbers were not met, or who had been terminated altogether. The appellate court agreed with Diaz and reversed the trial court’s decision, concluding that “solely” was not the dispositive factor, and Diaz’s allegations did not preclude a reasonable inference that Kaplan’s policy did violate the False Claims Act.

For Diaz’s remaining claims, the appellate court upheld the trial court’s dismissal but offered guidance on how such claims could survive in future litigation. For example, the appellate court noted a lack of any actual examples to support Diaz’s assertions that “nearly 100% of Kaplan money is taken in from federal student loans” and “Kaplan would in fact use creative accounting techniques” to identify Gift of Knowledge scholarship recipients.

The appellate court clearly stated a claim of “grade inflation could lead to a False Claims Act violation where, among other things, a school certified that a student was making satisfactory progress when he or she was not, thus causing the government to disburse Title IV funds that were not actually owed to the student.” Where Diaz’s claims fell short was in his failure to connect how Kaplan’s grade inflation scheme resulted in the school’s false certification that students were making sufficient academic progress. The appellate court suggested providing examples of specific students who were not making sufficient academic progress or alleging “that Kaplan’s grading policy precluded students from failing regardless of how poorly they performed.” To survive a motion to dismiss, such claims “need[ ] to allege with particularity that some students would not have been making satisfactory progress – and thus Kaplan’s certifications were to this effect false – but for the school’s grade-inflation scheme.”

Similar to Diaz’s grade inflation allegations, the appellate court agreed “making false statements to an accreditation agency could lead to a False Claims Act violation because whether a school is accredited is material to the government’s decision to disburse Title IV funds to the school (or its students).” Again, however, Diaz’s claims failed in linking how the falsified documents “ultimately led the government to pay” Kaplan, particularly how the false statements lead the accreditation agency to accredit certain degree programs which students then received financial aid for.

All of these fraudulent schemes, and others, can be brought to light by whistleblowers, like Diaz, under the False Claims Act. CPM is currently prosecuting and investigating several for-profit schools for these schemes and others, on behalf of whistleblowers. If you are aware of any information about such practices, please contact us.