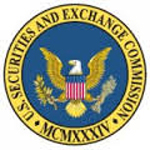 The latest illustration of the three-year-old program’s development into a pivotal tool for federal law enforcement came in September, when the U.S. Securities and Exchange Commission (SEC) announced its largest-ever whistleblower reward under the program created by Dodd-Frank. At an estimated $30 to $35 million – the SEC is famously vigilant in withholding details when announcing Dodd-Frank rewards in order to protect the identity of whistleblowers – the reward was more than twice as large as the next-largest Dodd-Frank whistleblower reward. Section 922 of Dodd-Frank mandates that whistleblowers who provide “high-quality original information” receive between 10 and 30 percent of all government recoveries when the provided information leads to a total government recovery of more than $1 million. (Importantly, the total recovery figure used to calculate rewards reflects sanctions recovered via all related enforcement actions  -- i.e., those driven in whole or in part by the whistleblower-provided information – as well as the original action.) Thus, based on SEC whistleblower chief Sean McKessy’s recent acknowledgment that the whistleblower received more than 10 but less than 30 percent of the government’s total recovery from the violator, the record-setting bounty rewarded a whistleblower whose information helped the government recover at least $100 million (and potentially in excess of $300 million).

While staggering in size, the landmark reward is consistent with the trend in Dodd-Frank whistleblowing: Since launching in August 2011, the program has grown steadily, with the Commission’s Office of the Whistleblower (OWB) receiving 3,238 reports of securities-law violations in fiscal year 2013 – an eight percent increase over 2012, the first year for which the OWB released whistleblower statistics. The OWB is expected to deliver its annual report to Congress in the coming weeks, but McKessy has already suggested that it will reflect similar growth for fiscal year 2014.

Amid the program’s astounding and consistent success, however, corporate defendants have made headway in eroding Dodd-Frank’s anti-retaliation whistleblower protections on two fronts, both of which have now reached the federal circuits: First, the Fifth Circuit in Asadi v. GE Energy held last year that Dodd-Frank does not protect as whistleblowers employees who initially report violations of securities laws to their employers. The Asadi ruling rejected a substantial body of district-level decisions finding that Dodd-Frank does bar employers from retaliating against employees who first report violations internally. The Fifth Circuit also rejected the SEC’s own interpretation of the Act, reasoning that the agency interpretation was unnecessary, and thus undeserving of deference, since the Act’s language was unambiguous. Importantly, Asadi also inspired a handful of district court rulings in other appellate jurisdictions, laying the foundation for an eventual circuit split ripe for Supreme Court review.

One such Asadi progeny was Liu v. Siemens, in which the Southern District of New York denied protections to a Taiwanese Siemens employee who was fired after complaining internally that Siemens had been bribing Chinese and North Korean officials in violation of the Foreign Corrupt Practices Act. (FCPA violations may fall under the purview of Dodd-Frank’s whistleblower program if the misconduct is also alleged to have impacted investors.) On appeal, however, the Second Circuit declined to weigh in on the question of internal reporting whistleblower coverage, instead upholding the dismissal of the former Siemens employee’s retaliation suit on grounds that Dodd-Frank does not protect people who report violations while on foreign soil. As with Asadi on the internal-reporting issue, the Liu ruling is at present the only circuit-level decision on the question of extraterritorial application. Both issues, however, remain unsettled, with vigorous debate surrounding each, and future circuit splits a distinct possibility.

Meanwhile, the SEC continues to aggressively seek out whistleblowers while acknowledging – and attempting to help shore up – the in-flux parameters of Section 922 of Dodd-Frank: In announcing the record reward in September, the Commission took pains to respect the core of the unwelcome Liu ruling while moving proactively to head off a novel idea the Second Circuit brought up in the case’s dicta: that Dodd-Frank may not allow the SEC to reward foreign whistleblowers. The September reward went to a foreign resident – as have four of the fourteen bounties paid out under Dodd-Frank thus far – and the SEC made clear its intention to continue rewarding foreign whistleblowers for bringing to light violations of American securities law.

Resolution of the above-described questions concerning Dodd-Frank whistleblower protections is years off. In the meantime, in order to avoid these issues entirely, whistleblowers who want to report securities law violations without suffering retaliation from employers should not report misconduct to their employers. Rather, whistleblowers should report violations to the SEC before sharing this information with their employer. Additionally, individuals with original information revealing new violations, or new information about violations already under federal investigation, should relay this knowledge to the SEC while within the United States if at all possible.

For more information on the rewards and protections provided to whistleblowers under the Dodd-Frank Act, or to discuss a potential violation of American securities law, contact Justin Berger at (650) 697-6000.