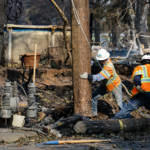 PG&E is on probation for its six felony convictions related to the 2010 San Bruno gas pipeline explosion, which killed 8 people, injured 58 and destroyed 38 homes. U.S. District Judge William Alsup is overseeing PG&E’s probation. As part of the probation proceedings, Judge Alsup has found PG&E violated its criminal probation by failing to notify a probation officer of a criminal investigation, prosecution and settlement with the Butte County District Attorney’s Office over its role starting the 150-acre Honey Fire in October 2017. The probation proceedings are on-going and Judge Alsup is considering forcing the utility to take far-reaching reform action, such as adherence to a stringent wildfire prevention program.

In an unprecedented and unusual move, Judge Alsup allowed Cotchett, Pitre & McCarthy LLP Partner Frank M. Pitre to speak at the January 30, 2019 criminal probation hearing related to PG&E and its risk management. After the hearing, Judge Alsup ordered Mr. Pitre to submit evidence in support of his claims in court. On February 6, 2019, Mr. Pitre made such submission, showing “PG&E accepts a high risk of wildfires in its electrical operations and causes significantly more wildfires than other comparable utilities.”

On February 14, 2019, Judge Alsup ordered PG&E to respond “on a paragraph –by-paragraph basis, to Attorneys Pitre and Campora’s submission, specifically admitting, denying, or clarifying for accuracy each and every statement from page 1 through 15, line 9.” The Judge ordered PG&E to “[p]lease be forthright.”

On March 1st, Attorneys Pitre and Campora filed over 100 pages commenting on the accuracy of PG&E’s submission, highlighting that the risk of catastrophic wildfires in PG&E’s service territory existed long before the disasters in Northern California in the past few years. Attorneys Pitre and Campora also claim PG&E did not do enough to prevent wildfires, but rather amplified the risk by failing to properly maintain equipment and trim hazardous vegetation. As Pitre and Campora told Judge Alsup – if PG&E bears responsibility for much of the 2017 and 2018 wildfires, then the inherent risk of wildfires in its system did not increase — rather, the company “simply amplified the risk that already existed.”