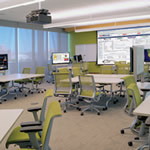 In Diego v. Pilgrim United Church of Christ, 231 Cal. App. 4th 913 (2014), Cecilia Diego, a former assistant director of Pilgrim United’s preschool, was terminated from her employment after the director mistakenly believed that Diego filed a complaint with the California Department of Social Services (DSS). Based on the allegations in the complaint, which included claims of foul odors in one of the classrooms and inadequate sand beneath the playground equipment, DSS conducted an unannounced inspection of the preschool.

Pilgrim United’s Director believed that Diego lodged this anonymous complaint and asked Diego why she was “doing this” and if Diego wanted the Director “gone.” Three days after the Director questioned her about the complaint, Diego was fired for “insubordination.” Diego believed that she was wrongfully terminated and sued Pilgrim United Church of Christ, asserting that her termination was retaliatory in violation of California public policy.

The trial court granted summary judgment in favor of Pilgrim United, finding that Diego did not adequately state a claim for wrongful termination. The appellate court, however, reversed the trial court decision. The appellate court found that the public policy behind California Labor Code §1102.5 “applies to a terminated employee who was merely perceived by the employer to be a whistleblower.” Id at. 924. Because the statute does not explicitly identify protections for “perceived whistleblowers,” the appellate court relied on previous case law to support its reasoning that “terminating a perceived whistleblower will discourage employees from reporting.” Id. Stated differently, the court held, “when the termination of employment is based on the employer’s mistaken belief that the employee might disclose or has disclosed a violation of state regulations to a governmental agency, the result has a tendency to be injurious to the public or against public good.” Id.

Cotchett, Pitre & McCarthy represents employees and whistleblowers in litigation throughout California and the United States. If you believe you have been victimized by retaliation or whistleblower activities, you can contact CPM here.