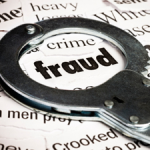 The details of the CMAS program are described in several guides published by the Department of General Services.  The CMAS Contract Application Guide describes the program as follows:

To summarize, the [potential CMAS] contractor offers to provide products and/or services at prices based on an existing Federal GSA multiple award schedule. This schedule is referred to as the "base" contract.  The State of California adds standard contract terms and conditions and procurement codes, policies and guidelines, which results in a CMAS contract.

The California Department of General Services thus does not conduct any independent price review of the contractor’s GSA schedule prices. Instead, California relies on the pricing assessment conducted by the federal GSA.

California’s reliance on the federal GSA’s pricing assessment is well-justified. The GSA has robust regulations that require contractors to supply accurate and complete pricing information to the GSA for use in determining the GSA schedule price.

However, if a company defrauds the federal GSA during the process of determining the GSA schedule price, that fraud is likely to result not only in damages to federal agencies, but also to California agencies who have purchased goods and services through the CMAS. Whistleblowers with non-public information regarding such fraud can bring claims under the California False Claims Act (Gov. Code §§ 12650 et seq.).