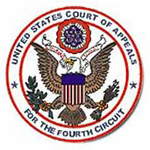 In Badr, the Fourth Circuit rejected an argument that a simple breach of contract cannot give rise to FCA claims, stating:

[T]he Government pleads a false claim when it alleges that the contractor, with the requisite scienter, made a request for payment under a contract and withheld information about its noncompliance with material contractual requirements. The pertinent inquiry is whether, through the act of submitting a claim, a payee knowingly and falsely implied that it was entitled to payment.

With this endorsement of the so-called “implied certification” theory of liability, the Fourth Circuit joins several other federal Courts of Appeals, and California courts.

Controlling California authority squarely holds that, under the California False Claims Act, “a vendor impliedly certifies compliance with its express contractual requirements when it bills a public agency for providing goods or services.” San Francisco Unified School Dist. ex rel. Contreras v. Laidlaw Transit, Inc. (2010) 182 Cal.App.4th 438, 442. In California, in fact, material undisclosed violation of laws and regulations of the governmental program under which claims for payment are made on the government renders those claims false under the False Claims Act, even apart from any contractual provisions. See id. at 449 (discussing legislative history of the California FCA indicating that “a false claim may take many forms, the most common being a claim for goods or services not provided, or provided in violation of a contract term, statute, or regulation.”).