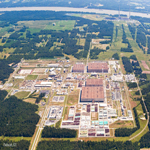 In Gary Vander Boegh v. EnergySolutions Inc., a longtime landfill manager at the Paducah Gaseous Diffusion Plant in Kentucky accused the defendant company of effectively jettisoning him after the Department of Energy transferred the management of the plant from Bechtel to another company in 2005. The new contractor subsequently hired a new subcontractor—later acquired by defendant EnergySolutions—to oversee waste disposal, including operations at the landfill plaintiff Vander Boegh had managed for the previous 13 years. During that tenure, Vander Boesch had reported numerous environmental violations at the plant, which produces enriched uranium and has left the site highly contaminated to the concern of western Kentucky residents. All parties to the suit agreed that the plaintiff’s whistleblowing was protected under the False Claims Act.

When the Department of Energy reassigned the plant’s management contract, however, the waste-disposal subcontractor now owned by EnergySolutions required Vander Boegh to reapply for his job, and ultimately hired another applicant to replace him. Vander Boegh interpreted the snub as retaliation for his protected whistleblowing while employed at the plant.

The Sixth Circuit, however, concluded in awarding summary judgment on November 18th that Vander Boegh was not an “employee” under the meaning of the FCA since he was reapplying for his old job at the time, and thus EnergySolutions’ alleged discrimination against him in the hiring process did not constitute retaliation barred by the FCA. The Circuit arrived at same conclusion in conducting a similar analysis of the Energy Reorganization Act, finding that the ERA likewise excludes applicants from its definition of “employee.” Citing the “plain meaning” of “employee” as well as the FCA’s legislative history and relevant case law, the court held that only those in what it called “employmentlike relationships” qualify as employees. Thus, regardless of the motivation driving the defendant’s decision to hire another applicant to perform the plaintiff’s old job, the Circuit held that since Vander Boegh was never employed by the EnergySolutions entity, he was not entitled to protection against discriminatory treatment for reporting apparent lawbreaking against the company’s predecessor at the plant.