Defrauded Investors May Lose Their Right to Recovery: Trump Administration Pushes for Regulatory Changes that Would Allow Companies to Avoid Securities Class Actions Through the Use of Mandatory Arbitration Agreements 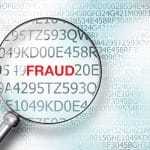 “Sunlight is said to be the best of disinfectants; electric light the most efficient policeman.”

Investors need to be aware of efforts underway to undermine their ability to redress corporate fraud.  The Securities Exchange Commission (SEC) is contemplating a highly controversial change to securities policy which would allow companies to block securities class actions, which are often the only way that defrauded investors can be made whole. Read More › 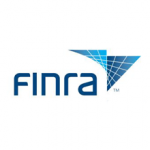 In you have a brokerage account it is subject to oversight by FINRA (Financial Industry Regulatory Authority).  Over the past several years FINRA has implemented new protections for senior citizens.  An important new rule (FINRA Rule 2165) went into effect in February 2018 to address scams and other fraud targeting vulnerable adults.  Rule 2165 is designed to protect two populations: 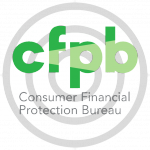 Over the past several years we have posted news about the Consumer Financial Protection Bureau (“CFPB”).  As attorneys focused on socially just causes, we care about the watchdog agency that was formed to protect the interests of everyday consumers against unscrupulous practices of financial institutions.  The CFPB’s mission becomes that much more important in this era of forced arbitration and contractual class action bans.  In more and more cases the courthouse doors are shut to consumers who have been defrauded by their banks, mortgage companies, payday lenders, and brokerage firms.  Imagine your bank took $500 from your bank account without justification, what are your options?  It used to be that you could band together with other bank customers who had the same thing happen, but in 2018 that is often not the case.  This is one reason that the CFPB is so critically important – in a time when citizens’ rights to hold financial institutions accountable are being trampled, there at least was a government agencies that was designed to help injured consumers.  Read More ›

Cracking Down on the “Rehab Riviera”

The State of California has finally woken up to the fraudulent practices endemic to the state’s addiction-recovery industry, which rips off insurers and preys upon people at their most vulnerable. The now-multibillion-dollar industry has found a lucrative home in Southern California, which has been dubbed “the Rehab Riviera.” Read More ›