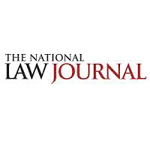 Cotchett, Pitre & McCarthy has been honored as America’s Elite Trial Lawyers by The National Law Journal. The list is composed of firms that pulled in huge victories in complex cases that have wide impact on the law and legal business.

To qualify, firms had to have scored at least one significant plaintiffs’ between January 1, 2013, and June 30, 2014, and possess an impressive track record of wins within the past three to five years.

Cotchett, Pitre & McCarthy, LLP, based on the San Francisco Peninsula for over 45 years, engages exclusively in litigation. The firm’s dedication to prosecuting or defending socially just actions has earned it a national reputation.